Burial:  Riverside Cemetery, Farmington, Hartford Co, Connecticut
Note:  Our ancestor died Aug. 8, 1690 (old style), and was buried in the old cemetery at Farmington, and his grave was designated by the usual headstone of that day, but which in the course of time disappeared, no one of the present generation being able to account for it. A few years since, however, it was brought to light through the efforts of Rev. Samuel Lee of New Ipswich, N. H.—it having sunken into the soil out of sight. It is a coarse, unhewn slab,20×29 inches in dimensions,the lettering being rough and jagged as the slab itself.

William H. Lee of New York, a native of New Britain—with a generosity worthy the name he bore—had a beautiful monument erected in its place “executed in Glasgow, Scotland. It is of dark gray Scotch granite, highly polished, standing seventeen feet high, upon a base four feet square. The inscription on the old stone has been carefully reproduced on one side of the monument. The name JOHN LEE in large block letters on the base is surmounted by the die, upon which are the inscriptions, and above which is the main shaft of obelisk proportions.”

After the erection of the monument in 1876, the old headstone was deposited in New Britain with Lee Bros. & Co., merchants, in whose custody it remained till 1895. Deeming it insecure from fire, it was suggested by some of the kindred that it be returned to the cemetery. Accordingly, on August 24, 1895, having been provided with a suitable stone base, it was placed beside the monument, where it now rests.

The vacant space of a few square yards, adjacent to the monument on the north, is presumed to contain the remains of his two sons, John and Thomas, and perhaps of other kindred, but no headstones have been found, though the ground has been thoroughly probed.” 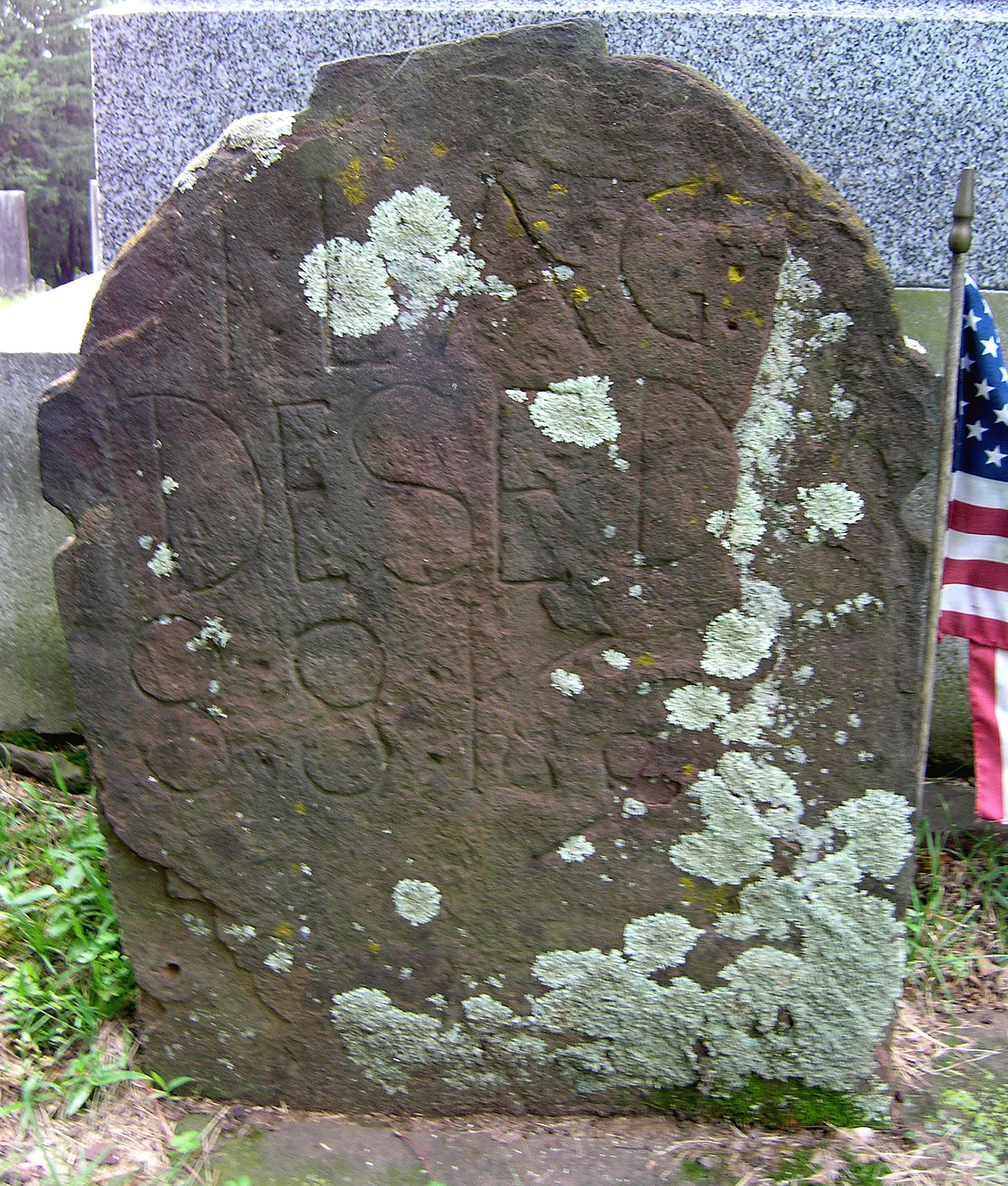 Moved to:  Northampton, Massachusetts with her two youngest children, David and Tabitha Lee.

Death: 10 OCT 1710  South Headley, Hampshire Co, Massachusetts
Note:  Died from a fall from her horse while riding with her husband to visit their children in Coventry, Connecticut.